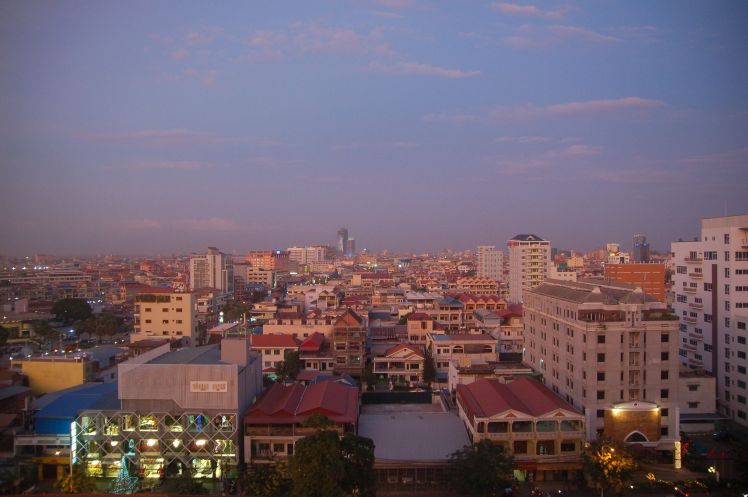 Bringing energy to all Cambodians

The United Nations Millennium Summit in 2000 produced 8 Millennium Development Goals (MDGs), designed as a blueprint to improve the lives of the world’s poorest and most vulnerable populations. The MDG target date came and passed at the end of 2015. After analyzing the successes and shortcomings of the MDGs, the UN followed with a set of 17 Sustainable Development Goals (SDGs)—agreed to by 193 countries, including Cambodia—to replace and expand the MDGs, as well as highlight additional areas of global concern. One of these SDGs is the new goal of bringing “affordable and clean energy” to all nations.

In line with this objective, Cambodia’s government has embarked on an ambitious plan to provide reliable and inexpensive energy to its entire population. The challenges are immense. Still largely rural, the Kingdom is crisscrossed by a network of often-remote villages. Roughly 10% of the population is concentrated in the urban capital, Phnom Penh, which consumes 90% of the nation’s energy. In March, Victor Jona, Director-General of the Electricity Department reported: “By December last year, 81.5 percent of all villages had access to electricity, and we are aiming for 88 percent before the year ends. By 2020, we will achieve our target of 100 percent.”

In March 2018, the World Bank released a Framework Diagnostic Report on energy in Cambodia based on a comprehensive survey of households throughout the country. According to this study, 97.6% of households have access to at least one source of electricity: 71.5% on the grid and 26.1% off the grid. But 70% of households reported frequent power shortages and over 9% said they cannot pay the high cost for electricity. Nearly 1/3 of households—mostly in rural areas—still rely on a traditional biomass stove for cooking. The report also examined access by gender and found that nearly 84% of female-headed households cited recurring monthly costs and connection fees as an impediment to grid access, and also were more likely to have less than 4 hours per day of energy access.

The government is under pressure to connect all Cambodians to the national energy grid quickly, and to improve the grid’s reliability. Energy shortages mean that Cambodia’s electricity cost per kilowatt hour is the highest of its neighboring countries at $0.20 per kWh, compared with Vietnam at $0.07 per KWh, for example. Cost is a problem not only for Cambodians needing energy but can be an impediment to attracting new business ventures to Cambodia.

To meet its energy goal, the Kingdom is undertaking an ambitious dam building program with significant Chinese financial and technical support. Also, the most recent of three coal-fired energy plants is planned to become operational by 2019. With this new investment in energy infrastructure, Cambodia hopes to achieve universal access to energy, lower costs, and reduce dependence on energy imported from its neighbors.

A significant feature of the Cambodian landscape is its vast river network. The famous Mekong River begins in China’s Yunnan Province (called there the Lancang), and wends its way through Myanmar, Laos, Thailand, Cambodia and Vietnam. 60 million people depend on the Mekong and its tributaries for their livelihoods, and it is second only to the Amazon in biodiversity. China has built 8 hydropower plants on the Mekong since 1995, with another 5 under construction; Laos has 2 on the main riverway, with another 7 planned and Cambodia has 2 planned or in construction. Thus, the nations who share the Mekong are embarking on a tremendous dam building campaign, with Chinese assistance, that may change the physical and social nature of the river. This is especially true for Cambodia and Vietnam who lie in the lower basin of the Mekong.

The Lower Sesan II Hydropower Plant—the largest dam to date—began operations in November 2017 on the Se San river, a tributary of the Mekong in Northeast Cambodia—a region that had previously relied on imported energy from Laos. The government hopes that the new dam projects will not only give Cambodians access to cheaper energy, but also provide excess electricity that can be sold, bringing in much-needed income. Responding to concerns about the environmental and social costs of the Lower Sesan II project Cambodian Prime Minister Samdech Techo Hun Sen said “[t]here is no development that doesn’t have an effect on the environment.” He continued: “This project will provide great benefit to socio-economic development and poverty reduction, especially in the northeastern region.”

Reported plans to build an even bigger dam backed by China—Sambor Dam on the main Mekong—have recently been leaked. In May 2018, The Guardian reported that the government-commissioned assessment of the dam’s impact concludes: “A dam at this site could literally kill the river.” 80% of Cambodians rely on fish as their primary source of protein.

Rapid improvement but at what cost?

Cambodia has made great strides in meeting the energy demands of its population. But what remains uncertain are the environmental and social costs of the dams and fossil fuel plants being built. But it is hard to turn down the funding and support in Cambodia’s drive to develop its lagging infrastructure. This is a dilemma faced by the poorest nations—not just Cambodia—as they look for paths to improve the lives of their people. If Cambodia is to move up the economic ladder and attract more international business investment, it needs to continue improving energy access and stability. In rural areas this may mean looking at a combination of on-grid and off-grid solutions. It also needs to protect its valuable resources and look for more sustainable approaches to energy access.

Solar solutions hold particularly interesting promise in Cambodia. According to Ken Bradley, of Kamworks, the Kingdom “has…one of the best solar resources in the entire region, probably one of the best in the entire world. With high energy costs and solar costs dropping, the time seems to be ripe for investors to take advantage of the opportunities in the developing market.” There are some notable projects, including a new Coca-Cola facility’s installation of a photovoltaic roof design that is able to provide about 1/3 of the building’s energy. The potential is there—and now is the time for Cambodia to seize it!

Debra Aczel has over 40 years in educational program management, including as program manager at MIT’s Terrascope Program—an interdisciplinary environmental program working to solve pressing global issues. She is co-founder and current co-director of the Amir D. Aczel Foundation for Research and Education in Science and Mathematics, supporting cultural and educational projects in Cambodia.