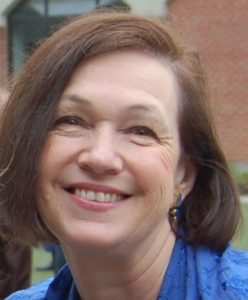 At the Paris Climate Conference (COP21), December 2015, 195 countries signed a remarkable agreement to work together to address climate change globally by reducing carbon emissions. (The U.S. has since withdrawn.) The Paris Agreement includes a plan for wealthier nations to help less-developed, poorer nations adapt to climate change and switch to forms of renewable energy by committing development funds to low carbon energy projects.

Cambodia, a signatory of the Paris Agreement, is particularly vulnerable to climate-change risks. Cambodian King Norodom Sihamoni addressed the Conference’s opening session, highlighting how his country has been affected by droughts and changing weather patterns. The National Assembly of Cambodia ratified the Agreement in 2016, agreeing to reduce greenhouse gas emissions and committing to forest conservation as an important step toward this objective.

Growing the economy and need for energy

Cambodia has made great strides in its efforts to develop its economy and improve the standard of living of its mostly rural population, with current GDP growth rate hovering around 7%. But a 2016 WWF report claimed that more than 6 million Cambodians still lacked access to energy, and Cambodia’s developing industries—particularly textiles—are energy-hungry. Cambodia developed a blueprint for development in 2013, Rectangular Strategy, Phase III, that identifies cheaper energy sources for households and business/industrial consumers as key to continuing development. The report says that while large-scale hydro and coal-fired plants have thus far been the preferred strategy due to their high generation potential and low production costs, diversifying energy sources to reduce fossil fuel reliance is also an important goal going forward.

The Electricity Authority of Cambodia reported in a 2015 that the majority of Cambodia’s electricity came from hydropower and coal—about 48 percent and 47 percent, respectively. To meet the government’s 2030 target of connecting 100% of villages and 70% of households to the energy grid, Cambodia is planning large-scale dam construction projects with Chinese engineering and financial support. Cambodia’s National Strategic Development Plan 2014-2018 identifies priorities for energy development—large scale hydro projects—but mentions green energy generation investment only with respect to reform of the armed forces. The plan identifies the challenge of reliance on hydropower: production drops to 25% in the dry season.

Should Cambodians look to the sun?

According to Ken Bradley, Director of Business Development at solar developer Kamworks, “Cambodia has 5.8 peak sunlight hours a day, one of the best solar resources in the region: probably one of the best in the world. You mix that with high electricity rates, and this is a very good market.” Solar, however, plays little role in Cambodia’s current energy mix or future development plans. Is now the right time to invest in solar? Solar costs are declining and have fewer environmental or social impacts than hydro. Bradley says that, ignoring other factors, in order to make solar a significant reality in Cambodia will only happen “…if it make economic sense. Period.”

A 2016 report by investment and advisory firm Mekong Strategic Partners analyzed the potential for Cambodia to diversify its energy production sources by investing in “greener” alternatives. The study estimated that Cambodia could achieve electricity self-sufficiency within 12 months of constructing a 700-megawatt utility-scale solar facility on 1,400 hectares of land. Electricity costs in Cambodia are the highest in the region. Lowering costs has been behind the push for large hydro- and coal-fired plants, with the goal of lowering costs to 8-11 cents/kWh. The MSP report says that solar costs are dropping to as low as 12 cents/kWh—making it a competitive alternative. Costs are predicted to continue dropping.

Cambodia’s first solar farm has been installed in Bavet City, a region with high energy needs due to its numerous factories. Operated by Sunseap Asset in Cambodia, a local subsidiary of Singapore-based Sunseap, the installation is now in its testing phase with hopes that it will reduce the need for energy imported from neighboring Viet Nam. Its operation marks the first time that Cambodia developed a solar plant to connect to grid. In a 2017 interview, Électricité du Cambodge Director Ken Rattanak said that “…the facility would not alleviate Cambodia’s energy issues by itself, but would play an important role in ensuring a year-round supply.” A June 2018 report by Pradeep Tharakan of the Asian Development Bank to the Asia Solar Energy Forum concluded that “solar and reservoir hydroscomplement each other very well in Cambodia” and that “solar is now affordable [in Cambodia].”

In 2016, Coca-Cola opened a new plant in the industrial zone on the outskirts of Phnom Penh that is LEED (Leadership in Energy and Environmental Design) certified and includes a roof-top 2.5-hectare solar installation that can supply about 1/3 of the plant’s energy needs.  The facility is also includes rainwater harvesting as part of the state-of-the-art environmental design.

In addition, Khmer Beverages has recently expanded its plant, including a large roof-top solar panel array. Arjen Luxwolda of Kamworks Utility (in charge of the installation) told the Phnom Penh Post that “factories that operate every day of the year, such as a brewery or beverage plant, were currently the best candidates for solar projects in Cambodia.” He recommended for solar to make progress that “the government…allow companies or individuals to sell back excess electricity to the national grid through net metering.”

What’s in the works?

Omni Navitas, a US-based solar energy developer proposed in February to build a 150 megawatt solar energy farm in Cambodia, projected to be one of the largest in Southeast Asia. In addition to providing energy, CEO Jim McAuliffe estimated that construction alone could employ about 3,000 workers, assuming agreements can be reached with the government. McAuliff said that if the project goes forward, it could bring “in over $500 of [foreign direct investment] into Cambodia.” The price per kilowatt-hour (kWh) is still under negotiation with the government, but the hope is that the price will be reasonable, and a step toward reducing electricity costs for Cambodian homes. While hydro and coal-based plants still form a majority of power generation, it is estimated that 72 megawatts will come from renewables by the end of 2018.

Where does Cambodia go from here?

As solar developments take off, Cambodia is trying to respond with improvements in the regulatory framework. Earlier this year, the Government adopted regulations on connecting solar generating sources to the national grid. That is an important step. Cambodia is still working on an Environmental Code—and has been for a long time.  Additional solar incentives in this code include net metering and the establishment of a pilot feed-in-tariff system, in which the government offers a fixed rate for solar energy fed into the grid.

Arguably, Cambodia needs to develop a regulatory framework for its nascent NE projects, if it wants to attractinvestors. Nadhilah Shani of the ASEAN Centre for Energy says that Cambodia could become attractive to RE investors—even without government incentives—as the electricity prices in Cambodia are relatively high. He continues that “It is time that all ASEAN Member states become players and not only spectators in the RE market, so they could reach their regional RE target of 23 percent share in the energy mix by 2025.”

Note: This blog was originally published by Leaders in Energy as Cambodia’s Renewable Energy Prospects

Editor’s Note: This article is a follow-up to Debra Aczel’s previous article Energy in Cambodia: Challenges and Opportunities

Debra Aczel has over 40 years in educational program management, including as program manager at MIT’s Terrascope Program—an interdisciplinary environmental program working to solve pressing global issues. She is co-founder and current co-director of the Amir D. Aczel Foundation for Research and Education in Science and Mathematics, supporting cultural and educational projects in Cambodia.